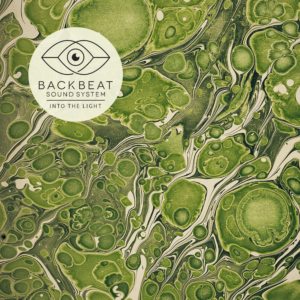 Following the success of Backbeat Soundsystem’s debut album Together Not Apart (Easy Star Records), the Cornwall-based 8-piece reggae outfit, is back with a new EP Into The Light  and a ten date UK tour starting this week.  Into The Light, which is set for release on October 7th on Easy Star Records, features 5 new songs that are a natural progression from their debut album. Vocalist Dean Forrest enthusiastically states, “From the inception of the record, we wanted it to be a deeper and more experimental project. We wanted it to feel more mature and refined; more musical. I think it really pushes the boundaries of what you can do within the reggae genre. We never just want to recreate what has come before us; we want to do something new and exciting, and I think this collection of tunes is definitely going to give people something to think about.”

The title of the EP Into The Light, is a very personal title for the band. From the band’s experience, the song is inspired by being in a dark place and pushing through it with a fresh positive outlook. The message resonates over a funky horn driven beat and pulsating basslines. Other themes include the moment you say goodbye to a dead end job to chase your dreams on “So Long,” society’s obsession with selfies and the concern of being connected online versus connected to the natural world on “Falsify,” the importance of making time for your community and friends on “Stick Together,” and the experimental-space-reggae-fusion of “Satellite” inspired by American astronomer Carl Sagan.

While many other artists obsess in their attempt to recreate an authentic Jamaican-leaning sound, Backbeat Soundsystem are not afraid to go in totally different directions, pulling in influences from all across the music spectrum, to create their vision of modern reggae. With all of this, Backbeat stands out in the current scene – pushing the envelope in their studio productions and pumping up crowds in their live set.

Backbeat Soundsystem has already racked up performances at many of the best-known UK festivals including Glastonbury, Boomtown Fair, Beautiful Days, Secret Garden Party, Greenman, Boardmasters, and many others, as well as toured in Europe and the United States. They embark on a 10 date UK tour to celebrate the release of the new EP. The tour kicks off on October 7th (release day) and will feature a new set that is crafted to ebb & flow through their discography and take their audience on a real journey. Forrest concludes, “Some tracks have been extended, and whole new sections have been added. The live show is like our record, but dubbier, and with a shitload of bass! No matter how hard you try to capture your songs on a recording, there is just something about the raw energy of live music that doesn’t happen any other way.”