THE LATE ONES RELEASE THEIR DEBUT ALBUM

THE FOURTH QUARTER  IS OUT NOW ON EASY STAR RECORDS 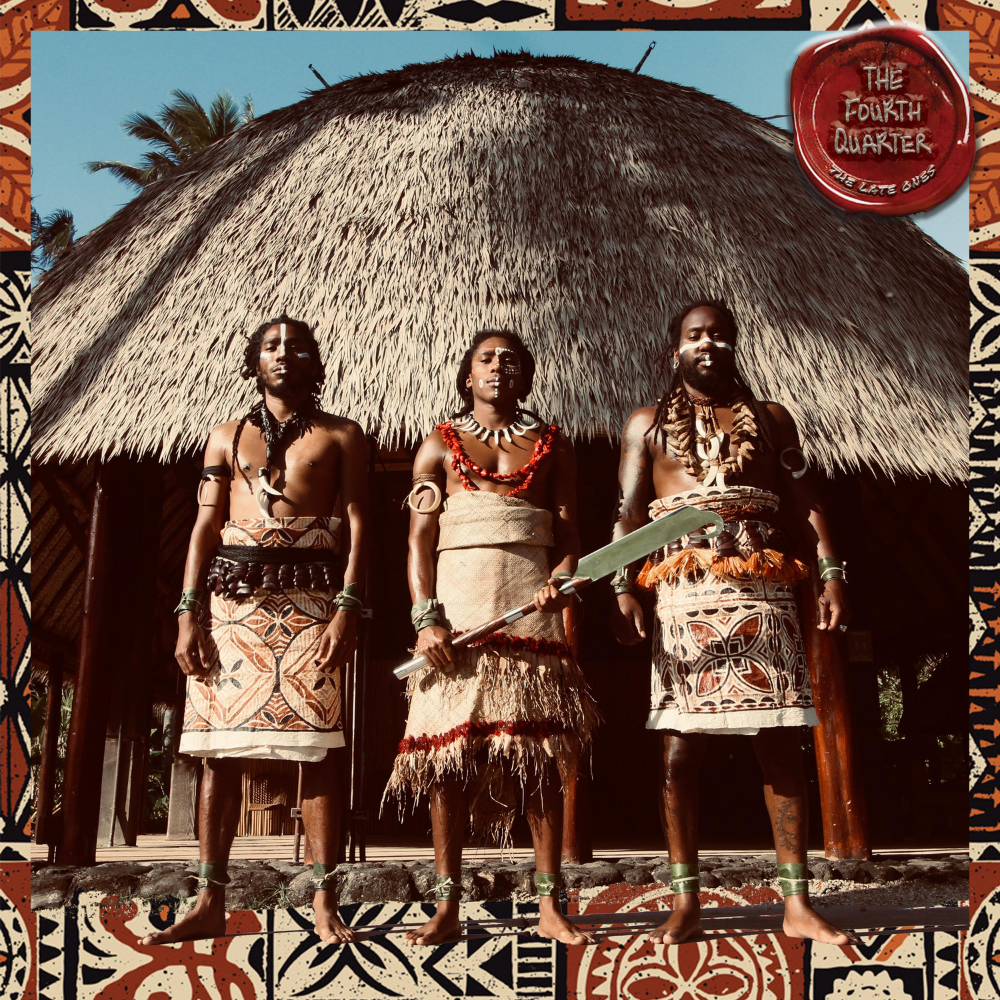 Conscious reggae/hip-hop hybrid band The Late Ones have been on the rise, dropping compelling singles and videos, which embody empowerment, social commentary, and protest music. Their debut album The Fourth Quarter, out now on Easy Star Records, is the result of the group’s work, finding their voice and sound during a global pandemic, social injustices, and a hunger for conscious music to return. Listen, save, and download the album at http://moremusic.at/TheFourthQuarter.

The Late Ones are known for using their music as a tool to speak out against oppression and injustice, bringing a youthful and powerful presence to the reggae community, along with a unique spin by throwing old school hip hop to the mix. Think of the Pharcyde, Souls of Mischief, and A Tribe Called Quest collaborating with The Mighty Diamonds or Culture, and you get a sense of what this band’s sound is like. The group consists of brothers Tui Avei (lead vocals) and Tau Avei (vocals), along with their cousin Josh Brunson (vocals), combined to blend “…a seamless fusion of the grooves and harmonies of mid/late ’70s reggae with the incisive bars of ’90s Native Tongues-style rap,” according to Brooklyn Vegan.

The Late Ones first teased the album on their 2020 Lately EP, a powerful mix of conscious reggae and hip hop combined with protest music, social commentary, and uplifting messages. The EP featured the tracks “Babylon Exists,” “Troubled Streets,” “Brother’s Keeper,” and “The Noose.” The trio kept the momentum into 2021 with their thought provoking single “Fake Reggae,” challenging their contemporaries to use their platforms to address social change, and to use their music to affect real change. The Fourth Quarter gathers these songs along with a few previous single releases (the funky “Thunder & Sun,” “Thrive,” and the love song “Tell Me Not”) and brand new, unheard songs like the pensive, acoustic “Unbalanced,” the roots reggae epic “Jah Is,” and more up-tempo hip hop-forward tracks like “Bob & Weave” and “Have To Pay.” Their most recent single “Feeling Myself” is accompanied by a video, directed by Kat Faith, that captures the upbeat, feel-good summery jam, which the bands says “embodies empowerment and confidence given to us daily by a higher power.” The video has a surreal feel, turning a typical party video into something more spiritual and meditative, while retaining all the fun. Watch the video here.

The Fourth Quarter is the culmination of the band’s 5-year journey battling through adversity whilst recording the album that addresses the current state of the world from the perspective of three young conscious men of color. The songwriting process for the project was unreal and natural. “We would take some really simple chords but put the hip hop cadence with it and some really special lyrics and vibes and bam we would have the foundation for a dope track,” says Tui. “It continues to amaze me to this day, how this all fell into place as we worked on it. I remember the Bible was a guiding light lyrically and we have always looked there for topics for songs. It’s the TLO style.”

The band is excited to present The Fourth Quarter, stating, “The album has a couple jams you’ve probably heard and some new ones that will blow you back to the Bible or the ‘90s, lol! So lace up those J’s because it’s crunch time and The Late Ones are on the line!” Although the pandemic may have slowed down the band’s touring schedule, they are prepared to bring The Fourth Quarter live to venues near you in 2022.