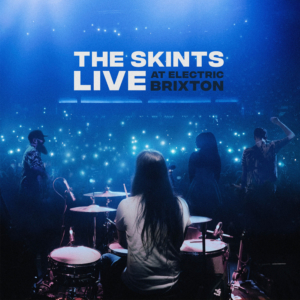 “Crazy time to be alive! While Covid-19 has instantly showed us that live music is not the most essential service in a pandemic, it is vital for the soul. We present the first live Skints album from our sold out headline London show in October as a means to bring a Skints show to your home hifi at a time when we should be at a club or a festival near you, but won’t be. This show was so special to us; if you were there you know the vibes and if you weren’t you can catch them now! Live albums may be seen as not the in thing right now or a format of the past in a time where everything is live streaming in full video on social media, but we have never been the in thing and have always been old souls at heart. Until we can party together again, turn up Live at Electric Brixton LOUD and have a punky reggae party at home.”

The Skints’ sound has also resonated throughout North America, as they’ve worked closely with their U.S.-based label, Easy Star Records, to grow their following on this side of the pond. The Skints have toured North America headlining clubs and performing at major festivals including California Roots Music & Arts Festival, Sierra Nevada World Music Festival, Punk Rock Bowling, Victoria Ska & Reggae Festival, and others. In addition, the band has received major US press support from The Wall Street Journal calling their music “deep hypnotic dub” and Large Up stating that “The Skints represent the present and future of the genre [reggae].” Their North American fans may have to wait for the pandemic to end before they can catch the band back on stages, but The Skints – Live At Electric Brixton, perfectly captures the vibe in the meantime.